To check if the status of your pods is healthy, the easiest way is to run the kubectl get pods command. After that, you can use kubectl describe and kubectl logs to obtain more detailed information.

Once you run kubectl get pods, you may find your pods showing any of the following statuses:

Pod status is Pending or CrashLoopBackOff

If you see any of your pods showing a Pending or CrashLoopBackOff status when running the kubectl get pods command, this means that the pod could not be scheduled on a node.

Usually, this is because of insufficient CPU or memory resources. It could also arise due to the absence of a network overlay or a volume provider. To confirm the cause, note the pod identifier from the previous command and then run the command below, replacing the POD-UID placeholder with the correct identifier:

You should see an output message providing some information about why the pod is pending. Check the example below: 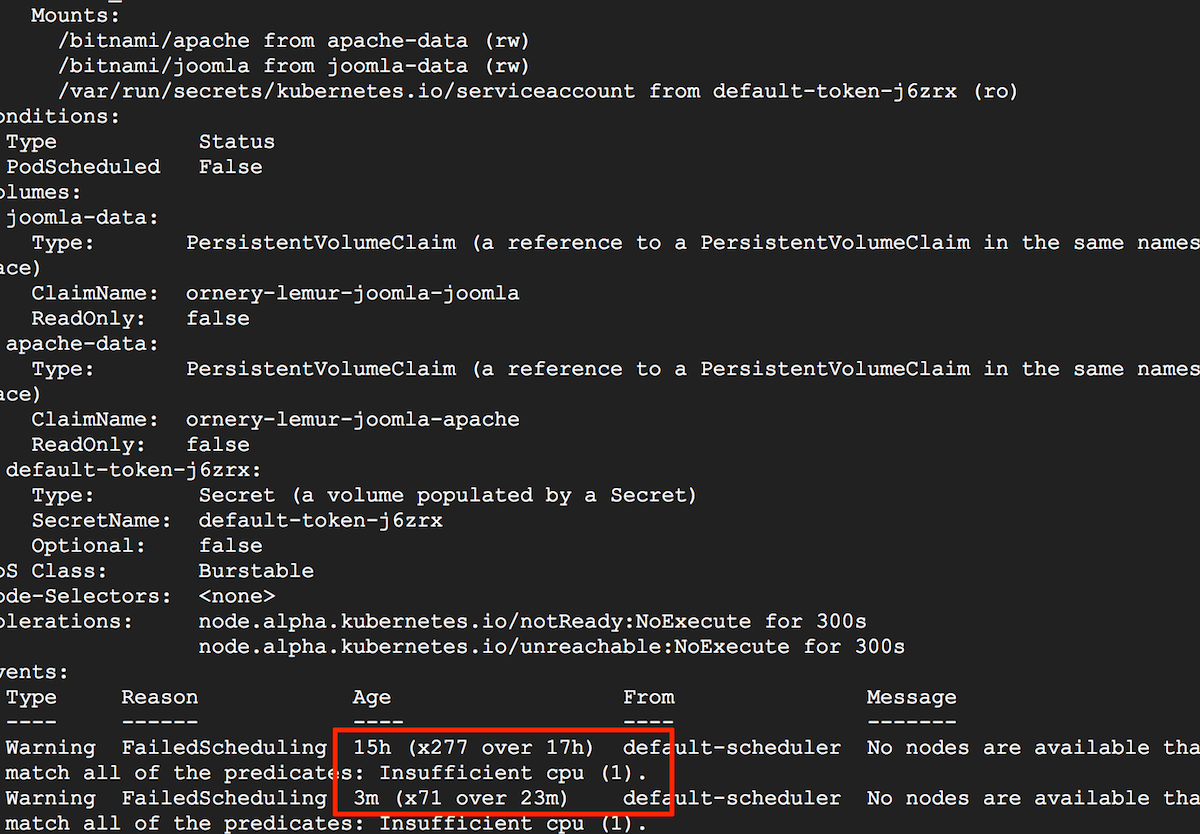 If available resources are insufficient, try the following steps:

When your pod status is ImagePullBackOff or ErrImagePull, this means that the pod could not run because it could not pull the image. To confirm this, note the pod identifier from the previous command and then run the command below, replacing the POD-UID placeholder with the correct identifier:

The output of the command will show you more information about the failed pull. Check that the image name is correct and try pulling the image manually on the host using docker pull. For example, to manually pull an image from Docker Hub, use the command below by replacing IMAGE with the image ID: